How do I select initial codebase for the Mayhem implementation

Hi there, can you help me with where to start. Are there any tips and tricks on how to select the initial codebase to try Mayhem on.

This is a great question. Mayhem works best in Linux environments where the produced applications are fast, there are already fuzzing targets or unit tests, there is already automation and security tooling, and where the code is written in our supported languages (any language that produces an ELF, and a few interpreted languages). Consult this flow chart for reference: 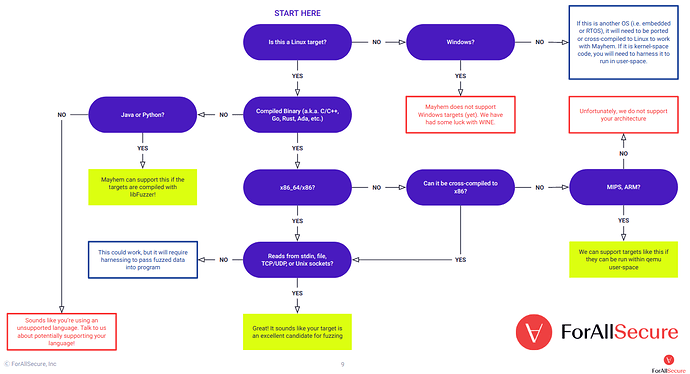 Mayhem supports most Linux-based x86 ELF binaries, as well as several other architectures (MIPS, PPC, ARM) via qemu-user, regardless of language. The languages we mention in our documentation include C\C++, Go, Rust, Ada, Fortran and others. You can see an example of fuzzing in each language here: 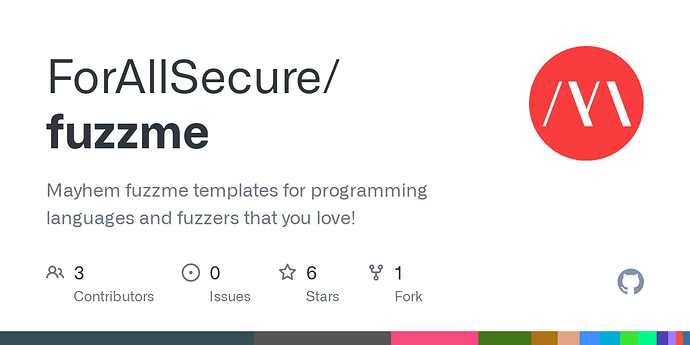 We also support a couple of interpreted languages like Python and Java.